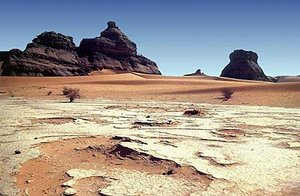 Picture this: battle lines are drawn – it could go either way. Nothing goes to plan. You – in the guise of a Roman special forces’ scout – hurtle through lethal challenges towards whatever end Fortuna decrees.

Harry Sidebottom’s short story Shadow and Dust is a narrative offshoot of Blood and Steel, the second novel in his Throne of the Caesars series. It precedes his latest novel Fire and Sword. The action is set in North Africa in the tumultuous 3rd Century Roman Empire and in moments of respite Sidebottom’s characters reflect on the pros, cons and consequences of empire in terms relevant to contemporary politics.

For readers like myself, who are not military history buffs or re-enactors, the initial descriptions of how battle forces are arrayed are slightly confronting (but I have trouble telling left from right). Once the set-piece strategies break down the tale is unfailingly tense, gripping – and fast. It’s a tribute to Sidebottom’s storytelling skills that his characterisations are as strong as the action.

The ending packed a punch. I found the epitaph – an actual historical inscription – moving.