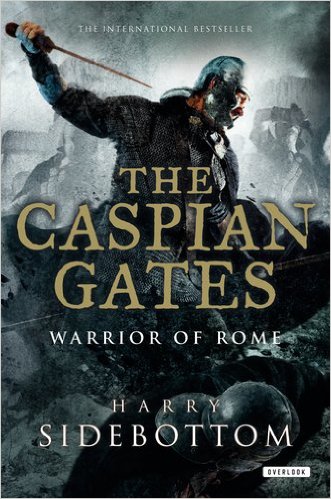 The Caspian Gates is the fourth novel in Harry Sidebottom’s outstanding historical fiction series Warrior of Rome, set in the turbulent 3rd Century C.E. Although the series has consistent elements, it avoids being overly formulaic; it’s as if with each instalment the author sets himself the challenge of incorporating something different and distinctive.

What they might not expect is that The Caspian Gates is, simultaneously, a reworking of the ancient Greek legend of Jason and Medea: Jason being the leader of the famed Argonauts, in quest of the Golden Fleece; Medea being his sometime lover turned harpy. The lands Ballista travels through in The Caspian Gates are infused with mythic ‘memories’ of Jason and Medea. Ballista is about to find out that the past is never really past.

Harry Sidebottom writes so well, and so intelligently, that reading these books is a pleasure. Yes, Ballista behaves badly in this tale. But we really wouldn’t want him to be predictable. Would we?