Or, something I’d ordinarily think of as bizarre, but is perhaps no longer so out of the ordinary, so that ordinarily must be re-thought.

In fact, so no longer out of the ordinary that it happened twice in 24 hours, the second time a variant echo late last night.

What happened: someone I know made an allegation of criminal behavior against someone else I know.

The person making this allegation felt it necessary to warn my friend’s employer, and made their approach where bystanders – such as myself – could overhear.

Let’s take a moment to consider the first incident, the workplace denouncement.

There are a range of obvious possible rational responses – leaving, for the moment, emotional responses. I’m no lawyer, but sometimes I think Vulcan. On the question of guilt or innocence:

I recall many years ago sitting at an outdoor café table by the fountain in Kings Cross, chatting with a man who was an active advocate of improving jail conditions and providing employment for ex-prisoners. A man passing by recognized my friend and, identifying himself as an ex-con, stopped to thank him.

My friend invited the ex-con to join us. It emerged in conversation the ex-con had served 8 years jail-time.

I recall my chain of thought: the immediate conclusion that 8 years served (assuming time off for parole) represented a major crime, probably a crime against a person – assault, or armed robbery or rape. I was discomfited at the thought I was seated at a table with a convicted rapist or shotgun wielder, someone who had damaged another person violently.

And yet – I’d done things in my life that harmed other people, things which at that time were not legal crimes but which, with changed legislation, now are. I felt – and I feel – immense remorse, and I am forever grateful I was not placed in a dock, did not end up in jail, and have been the beneficiary of forgiveness.

Recently I read a memoir by one of Australia’s foremost poets, Robert Adamson, who I know not only as a poet but as a Facebook friend, wildlife photographer and bird aficionado. Robert’s memoir is called Inside Out: an autobiography (Text Publishing 2004). It’s called Inside Out because Robert spent half his formative years in youth detention or in jail, for crimes ranging from theft to carnal knowledge.

Prior to reading his book, I did not know this about Robert.

Reading the book, I did not think worse of him. I was pained that his younger self consistently made such appalling decisions. I wondered why it is some young people seem to have unerring instincts to make the wrong choice. I pondered to what extent it might be genetic. It triggered the ex-teacher in me. The ex-teacher in me breathed a silent prayer of gratitude I hadn’t taught young Robert in a classroom.

(Although… maybe a young Robert, a young criminal poet, was exactly what the teacher in me needed to bring out our particular gifts, mine as a nurturer of talent and a mentor. I’ve been good in that role.)

I did not enjoy reading about Robert’s criminal past and I wish he had not had to live those experiences. Particularly, I wish he had not lived the experience of unintentionally causing another young person to be maimed for life. I know Robert feels remorse and shame for this, because he writes about that. Harming others scars us too, if we have any kind of empathy.

I did not think worse of Robert because I recognize he has empathy and sensitivity in abundance; he knows what he’s done. He does not need his readers, or his Facebook friends, to judge him. He’s done his time and what’s left is for him to deal with.

I tend to the belief that we should take people as we find them. Let their current behaviours, and their behaviours over time, be the evidence for what kind of person they are.

What, then, of the charming sociopath? What of the person without shame or remorse, without empathy or compassion? What of the person who has been denounced and punished but for whom, we might feel, it is not enough? What of the Rollo Tomasi and Keyser Soze figures, the ones that get away with it? (I am referencing two popular films here: 1997’s LA Confidential and 1995’s The Usual Suspects; in doing so I’m referencing the actor Kevin Spacey, who at this moment stands accused without formal charges.)

What about #MeToo, you ask? What about the fact that many women’s lives have been damaged by male behaviours that are not necessarily criminal in the legal sense, but which, through coercion, intimidation and longstanding, pervasive power imbalances, have enabled too many men to get away with harming women then silencing them, preventing women from calling out the perpetrators?

What about the longstanding failures of social institutions – workplaces, police and courts – to protect women or to provide redress when women are violated? Must women always observe the legal niceties and stay stumm unless they have unequivocal evidence? Are they not entitled to play nasty, to denounce in public?

When I’m not in Vulcan mode I can be plenty emotional. Let me state upfront, when anyone denounces a friend of mine publicly it does not endear the denouncer to me. Does this mean I’m in denial, shielding perpetrators? Is it illegitimate to require proof or give the benefit of the doubt or flatly proclaim it’s no business of mine?

Is it unfair to ask people making accusations to take them to the appropriate authorities, to make their case through established formal processes?

If they choose not to do that, or cannot make their case beyond he said/she said, is it unfair to call their accusations slander? Calumny? Libel? To ask them to desist?

When the #MeToo meme started, it was a simple statement of solidarity, no specifics required, no fingers pointed directly. Then more and more people chose to personalize their statements, to use social media platforms to detail allegations they may – or may not – also pursue through other avenues.

Here’s a proposition: Got a judgement or belief about a friend of mine? Feel moved to make it known via social media?

Make your denouncements on your own Timeline. Mine is not a billboard for finger pointing. 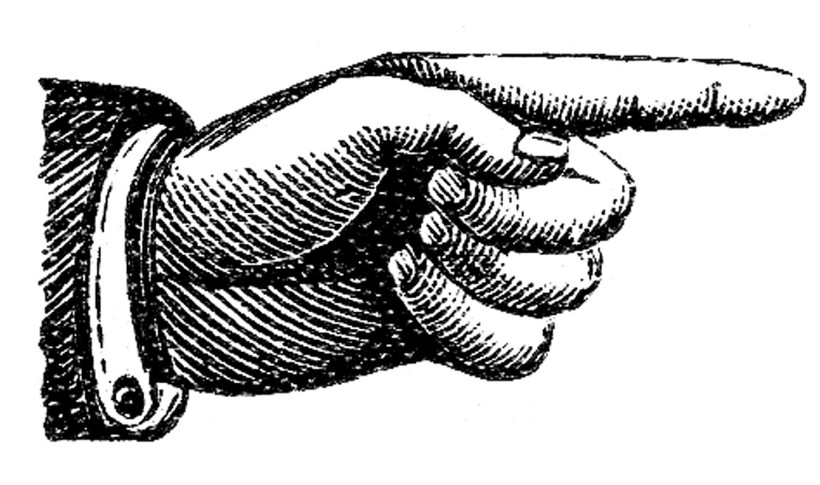 *Oh okay. The first incident involves white collar crime and was a woman accusing another woman based on hearsay. Does that make a difference to how you read this?