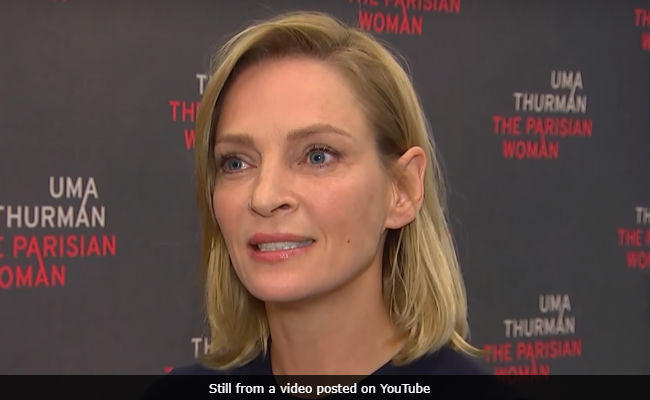 I don’t remember the joke now but the punchline was something like “I’m long and thick and I come fast”.

The joker was my boss. I was his assistant. The mediator our company provided when I made a formal complaint began by explaining he was internal to the company and had worked with my boss previously on leadership trainings and was his mentor, but that there was no conflict of interest. He then explained to me that a boss-assistant relationship is like a marriage: it was my job to make it work.

He asked me why I persisted with my complaint – my complaints. Why didn’t I just find another job? I explained it was 2008, it was the middle of a GFC (Global Financial Crisis, for those with short memories), and as a 47 year old single woman with no savings I was not about to voluntarily resign and make myself unemployed just because my boss was a jerk.

I voluntarily resigned and made myself unemployed.

I am reminded of this farcical episode in my employment history by the current #MeToo debates on social media. Anyone who’s read other blog posts by me knows gender politics is my recurring theme, and that a number of my memoir blog posts engage with workplace and institutional sexual politics. I am now revisiting my blog posts adding in a new Category: Gender politics.

Australian novelist Charlotte Wood wrote an excellent piece about women and anger for The Guardian: https://www.theguardian.com/books/2017/dec/18/charlotte-wood-were-told-female-anger-is-finding-its-moment-but-i-cant-trust-it?CMP=soc_567

There was also an excellent piece in The Atlantic: https://www.theatlantic.com/entertainment/archive/2017/11/all-the-angry-ladies/545042/

She writes about the blowback in her autobiography, Yassmin’s Story (Penguin Random House 2016), published at age 24: https://www.penguin.com.au/books/yassmins-story-9780857986177

Yesterday while I was filing for my current boss (male), we commented on our mutual admiration for Gillian Triggs, former professor at the Melbourne Law School, former Dean of the Sydney Law School (Challis Professor of International Law 2007-2012), Acting Race Discrimination Commissioner of Australia’s Human Rights Commission 2012/2013, till 2017 President of the HRC, currently the Acting Aboriginal and Torres Strait Islander Social Justice Commissioner.

My boss and I were present when Professor Triggs spoke last month about how as a woman she’s perceived it necessary to present a studied veneer of rational calm, even when discussing egregious human rights abuses.

Yesterday I told my boss I see Professor Triggs, along with Hillary Clinton, as one of my “Elizabeth I women”:

“I know I have the body but of a weak and feeble woman; but I have the heart and stomach of a king.” (attributed to Queen Elizabeth I of England addressing her troops at Tilbury, on the eve of the expected Spanish armada invasion)

Hillary Clinton writes about this carapace of calm and rationality in her most recent book, What Happened. https://ellymcdonaldwriter.com/tag/hillary-clinton/

In her book Clinton never mentions the characterization of Claire Underwood in the U.S. Netflix series House of Cards. I always wondered how actors who are publicly Democrat activists could collude in a fictionalized hatchet job on the Democrats’ best recent prospect for presidential election. But then, political journalist Joe Klein already did that number on Hillary, back in 1996, with his roman a clef Primary Colors, which painted Hillary as an abusive, conscienceless harpy. Guess nobody likes an angry woman, huh?

But for me, the most rivetting expression of women’s anger in the current #MeToo furore is Uma Thurman’s initial response on being questioned about Harvey Weinstein, her producer in Quentin Tarantino’s Pulp Fiction (1994) and Kill Bill movies (2003 and 2004):

What I find most interesting about Thurman’s initial response is her awareness of how her anger might be heard and her willingness to take responsibility for the expression of her anger.

Famously, Uma’s father is the prominent Buddhist scholar Robert Thurman. It’s not inconceivable Uma’s response to public questioning owes something to Buddhist teachings, such as those expounded by Vietnamese Buddhist master Thich Nhat Hanh in his book Anger: Wisdom for cooling the flames.

Thay (as Thich Nhat Hanh’s followers call him) views the unmindful expression of anger as analagous to pouring gasoline on fire. Social scientists back him up: research suggests that when we “rehearse” anger – that is, when uncontrolled expression of anger is our habitual recourse – anger becomes our default. Anger, Thich Nhat Hanh suggests, is not a useful mode for problem-solving or bridge-building. Thich Nhat Hanh’s teachings influenced Martin Luther King’s advocacy of non-violent protest during the Civil Rights movement in the 1960s. Thich Nhat Hanh promoted non-violence – in thought, word and deed – as the basis for workable peace talks during the Vietnam War.

Through this Buddhist lens, it’s not that we’re not entitled to our anger, it’s not that our anger is not justified – it’s the pragmatic issue, how does our anger serve us in this situation? Does it energise us to pursue justice and equity in productive ways? Does it help clarify the issues for us and others? Does it inspire and engage?

If the answers are yes, go right ahead: anger is working for you.

If on the other hand anger consumes us and immobilizes, cancels us out of the conversation, creates barriers to solutions, then maybe we might reconsider how best to get our objectives met, to best serve our cause.

You don’t have to buy it. But here, for interest, are some words by Thich Nhat Hanh:

Anger is an unpleasant feeling. It is like a blazing flame that burns up our self-control and causes us to say and do things that we regret later. When someone is angry, we can see clearly that he or she is abiding in hell. Anger and hatred are the materials from which hell is made. […]

When we are angry, we are not usually inclined to return to ourselves [i.e. to remain aware]. We want to think about the person who is making us angry, to think about his hateful aspects—his rudeness, dishonesty, cruelty, maliciousness, and so on. The more we think about him, listen to him, or look at him, the more our anger flares. […]

It is best if we do not listen to or look at the person whom we consider to be the cause of our anger. Like a fireman, we have to pour water on the blaze first and not waste time looking for the one who set the house on fire.“Breathing in, I know that I am angry. Breathing out, I know that I must put all my energy into caring for my anger.” So we avoid thinking about the other person, and we refrain from doing or saying anything as long as our anger persists. If we put all our mind into observing our anger, we will avoid doing any damage that we may regret later.

Then again. In my own life, there’s not a great distance between how Charlotte Wood writes, in her novel, The Natural Way of Things (Allen & Unwin 2016), and how I wrote, on the same themes. Tea, anyone?