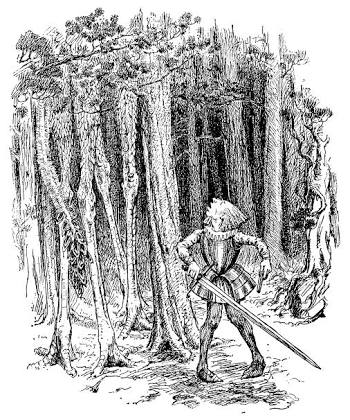 ‘Twas brillig, and the slithy toves Did gyre and gimble in the wabe; but that was before I turned my ‘lectric eye on them and put my ray gun to their heads. Alas, slithy toves are now no more, and it’s all down to me.

This morning my former editor Greg pointed out that my future employment prospects, even as a volunteer, are sadly compromised due to the “Unfortunate Incident (With An Aardvark) of 1982, which still casts a broad shadow over [my] otherwise stellar resume”.

In my ongoing remorse about that episode with the bag of oranges and the Lord Cthulhu’s Oegopsidic cousin, the sarin gas leak faux pas, I’d quite overlooked the aardvark incident these decades past.

[Note: Oegopsida is one of the two orders of squid in the superorder Decapodiformes, in the Cephalopoda class. It was formerly considered to be a suborder order of the Teuthida, in which case it is known as Oegopsina, together with the Myopsina. This reclassification is due to Oegopsina and Myopsina not being demonstrated to form a clade.]

We all recall things differently, even momentous, epochal hinge-events, and plainly there is still some public confusion, as my friend Jen queried if that was the time I “caused the escape of a sacred blood pheasant which triggered an avalanche in upper Himalayastan village leading to a renewal of endangered fallopian tiger orchids in the top paddock?”

No, it was not. The sacred blood pheasant was another occasion, when I’m glad there were (some) good outcomes. Though that can hardly compensate for the devastating loss of four millennia of preserved religious tradition. 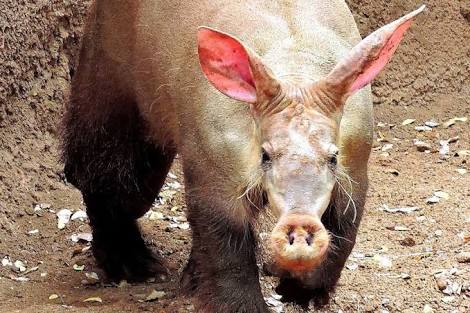 Aaardvark, white with pink ears. That should have been a tip-off.

[The Oegopsida are an often pelagic squid, with some nerito-oceanic species associated with sea mounts. (from http://www.fao.org/docrep/014/i1920e/i1920e04.pdf) They consist of 24 families and 69 genera. They have these characters in common: the head is without tentacle pockets, eyes lack a corneal covering, arms and tentacle clubs may have hooks, the buccal supports are without suckers, and oviducts in females are paired.]

Now that I am reminded of some of the more obscure harms I’ve caused the world, obscure but by no means trivial, my global guilt is triggered. I accept I have been in da Nile, or up shit creek, a bog of repressed culpability.

I feel – because I am a sensitive type – I have no recourse but to expunge these memories by writing a confessional blog post. My friend Ian assures me confessional blog posts are the modern way to seek absolution, though, as a Presbyterian by birth, I am mindful “Most Protestants consider auricular or private confession to be unbiblical and consider confession viewed as a sacrament to be equally unbiblical.” -https://www.britannica.com/topic/confession-religion.

[Two families, the Bathyteuthidae and Chtenopterygidae, which have features characteristic of the Myopsida while retaining others common to the Oegopsina, are sometimes placed in the Bathyteuthoidea.]

I didn’t mean for those children to be so affected, and now I have a better understanding of aortic rips – and tidal currents – I’d never permit anything like that to happen again. I also take this moment to apologise to those colleagues who had not previously encountered the Aos-Sidhe and were disconcerted by the jagged teeth. Usually you’re safe, except in dark ravines.

[The Oegopsida differ from the coastal Myopsida, characterised by the genus Loligo, which have corneal coverings over the eyes and tentacle pockets, but lack hooks, have no suckers on the buccal supports, and a single oviduct.]

In fairness, there was warning:

“Beware the Jabberwock, my son! The jaws that bite, the claws that catch! Beware the Jubjub bird, and shun The frumious Bandersnatch!” 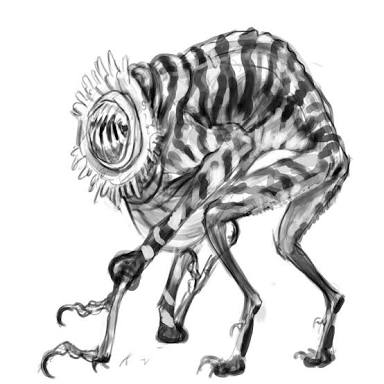 Those Bandersnatch will get you every time

Next time I’ll make a point to be more explicit.

(Not making excuses, but that whole situation could have been averted by a simple glass of ale, brewed from a bag of malt offered by each team-mate, presented by a chosen representative wading waist deep into the ocean at midnight in midwinter and accompanied by appropriate votive prayers chanted on shore by the light of beeswax candles.) 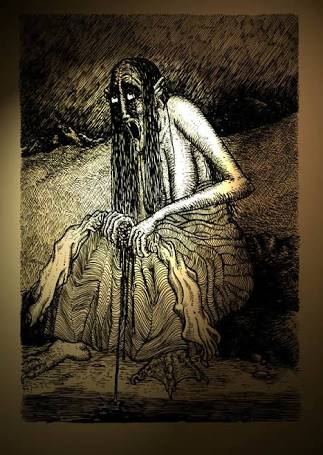 Seonaidh waiting for a glass of ale

Also, it should be remembered this stuff was minor compared with the Hulder incident.

[Oegopsid squid are the only decapods that lack a pocket for the tentacles. Otherwise, they share different characters with different decapod groups. Like the Bathyteuthoidea and Myopsida, the Oegopsida have a brachial canal, which is absent in other forms. As with the Spirulidae and Idiosepiidae, the Oegposida lack suckers on the buccal supports, and like the Bathyteuthoidea, Idiosepiidae, and Spirulidae, they have no circular muscle on the suckers.]

So Keep your mouth shut, you’re squawking like a pink monkey bird
And I’m busting up my brains for the words

Sometimes, sorry seems to be the hardest word.

I am appalled at what I’ve done.

Pink Monkey Bird. Not to be confused with the Sacred Blood Pheasant.