Caroline Christchurch sits in a hotel coffee shop, positioned where she can watch the door. Business people come and go. The men are bright-eyed and smartly dressed. The women are dumpy but game, with bright lipstick and over-bleached hair. Caroline notices this kind of thing. This is the way she thinks. How well presented are these people? And: how fast can they move?

A man enters. He veers towards her table, his head slightly inclined, his smile crooked.

He leans the heel of his hand on her table, as if to balance himself, as he passes. He winks. Where his palm was is now a USB. Caroline reaches out, as if in sympathy, and draws the USB towards her. Her hand shelters the USB. She rises abruptly and walks out the door, the USB enclosed in her fist. She walks fast.

Outside on the pavement, she accelerates into a slow jog. The streets are crowded – cars, pedestrians – but Caroline moves purposefully, effortlessly, and people part around her, leaving her way clear. This is how it’s always been. A tall young woman, long hair, clear skin. Long legs. Caroline moves through the world with ease, an actor on a film set, an action heroine.

A man is in front of her, square on. A man confronts her. He is holding both her wrists, pulling her towards him. His face presses close towards her forehead, as if to kiss her. Deftly, he twists both her hands upwards. He unfurls her fingers. He palms the USB, slides it into his pants pocket. Still holding her right wrist in his left hand, he jerks her towards the revolving street door of a high-rise office.

She screams but it’s a squawk. She attempts a ju-jitsu wrist flick. His grip is firm. He has her bustled through the doorway, now in a foyer lined with lifts. A security attendant mans the front desk. He watches with only mild interest.

The man holding Caroline nods briefly at the security guard and steps her towards a lift. She stops fighting. Outside the lift door she stamps on his foot, spearing down on his arch with her shoe heel.

They’re in the lift now. He stabs the button that closes the lift doors. He releases her wrist and steps back. The lift is lined with mirrors. There’s a small security camera above the door, in a corner. He addresses it.

The lift is going nowhere. Caroline knows better than to make any move right now. She leans back against the mirror. Her brain works fast.

A disembodied voice speaks into the space.

Her eyes swivel upwards to the security camera.

“I don’t mean to alarm you, Caroline,” the voice says. “I hope you’re not alarmed.”

“What we need is calm,” says the voice.

“We need calm?” she counters.

“Calm would be helpful,” says the voice. The man in the lift beside her is silent.

“You realise this is kidnap?” Caroline says. “Detaining me against my will?”

“We are not seeking to obtain advantage,” the voice offers. “This is in your best interests, Caroline.”

“We hope you will consent to meet with us, Caroline,” the voice continues.

“We are waiting. We would welcome a meeting.”

“Do I have a choice?” Caroline asks.

“There is always a choice,” says the voice. “We hope you will consent.”

That’s done it. She’s agreed. Was she coerced?

The man beside her presses the button for Level 24. The lift glides upwards. Caroline draws up her spine, lengthens her neck. She is dignity personified. She is scared to the bone.

At Level 24, the lift door opens, direct onto a large conference room. The carpet is a golden beige. The conference table is polished wood. The chairs are upholstered in chartreuse velvet. Caroline notices this kind of thing.

On the far side of the table, down towards one end, backs to the window, are seated three men.

Caroline pauses at the threshold.

“The father, the son, the holy ghost,” she says.

“Let’s not be dramatic,” says the voice. With the light behind these figures, she can’t tell which man spoke.

The men do not rise.

Caroline feels the man beside her reach his arm around her waist, his left hand lightly touching her left hip. He guides her towards down alongside the table, towards where the men are seated.

“Thank you for agreeing to be here,” says the voice. It belongs to the man on the left, the far end.

Caroline does not know what to say.

The man beside Caroline pulls out a seat opposite the speaker. He gestures for her to sit.

“May we have your permission to record this meeting?” the man seated opposite asks her.

“Yes,” she says again. She thinks: This is a sales technique. Solicit agreement. Yes and yes again is cumulative.

“Please allow me to introduce myself,” says Hal. “I represent a client. Not yours. Ours. A legal client.”

Caroline feels a surge of anger. Physically, she is paralysed.

“You unlawfully obtained something belonging to him.”

“I understand how you feel, Caroline,” says the man on the left. “But we need calm here. Emotive outbursts will not help anyone. Your perception of events is not reality.

“We need you to acknowledge that.”

“Why would I give a fuck what you need?” spits Caroline.

Three men sit opposite her. See no evil hear no evil speak no evil. The evil brothers. Marx is funnier.

“We’re sure you’ll agree it would be best if that USB did not exist. It’s in your best interests for it to not exist.”

Caroline does not know what to say.

“It’s in your best interests to make this go away. We can help you. We can make it go away.”

A shiver runs the full length of her body.

“We can handle this privately,” the man says. “Calmly.”

“I want this public,” she says. “I want your client charged. I want him in court. I don’t care who sees the video. I want him convicted.”

“We don’t think you do, Caroline,” says the man across the table.

“We think you understand that is not going to happen. Nothing will happen you don’t want to happen.”

“No one is detaining you,” says the man.

“You are here at your own choice.”

“Do you know your way out?” the man asks. “Sometimes people get confused. We wouldn’t want you to get lost.”

Caroline pauses. She glares at him.

The light behind them silhouettes the three men.

“Technology is so unreliable,” says Hal.

“Here one moment, gone the next.” The voice is disembodied.

She turns to where the lift doors are camouflaged in the wall. The man beside her is her shadow. He stands so close she can feel his breath.

Caroline steps into the lift.

Her shadow remains with her.

The lift descends. She can feel her stomach plummet.

“What happens now?” she asks the man beside her.

“Now you are free,” he says. “You are always free.

“Your choice,” he says. And he smiles. 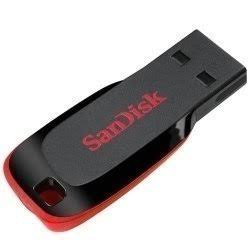 They say every one of us has a novel in us. One novel. At least one novel, each.

Everyone has a story. I’ve heard it said there’s just the one story. One story each. One story that explains how we see the world.

The story of forgetting? The story erased?

Can that be true?

I said I was. Because who else should I be?

Kylie Ambrose. Fifteen years old. Bookish. Bolshie. A sharp-tongued virgin. Lives in the suburbs, with her dad and mum. Mixed feelings about school. Hates the classroom. Loves to learn. Some day, will be a scientist.

The two police officers looked at me solemnly.

“Where are your parents?” they asked.

“Are they all right?” I asked.

“You tell me,” I snapped. Smart aleck.

Outside the house, on the street, I saw a squad car parked. I could see another officer at the driving wheel. I could hear the crackle of police radio.

“Come with us, please,” said the female police officer.

I was cold in every limb.

“I’ll wait here for my parents,” I said.

The female police officer turned away and walked towards the police car. She opened the front passenger door, leaned inside and spoke to the driver. Then she returned.

“Your parents will join us at the station,” she said.

The story of betrayal. Is it ever okay?

My name is not Kylie. My parents are not my parents. This is not my country. I will never be a rocket scientist.

An ocean away, a woman was waiting. My real mother, who I never knew.

Abducted, they told me. Me, not her.

I don’t know what this life is, but it isn’t mine. My story is stolen.

It can’t be recovered. 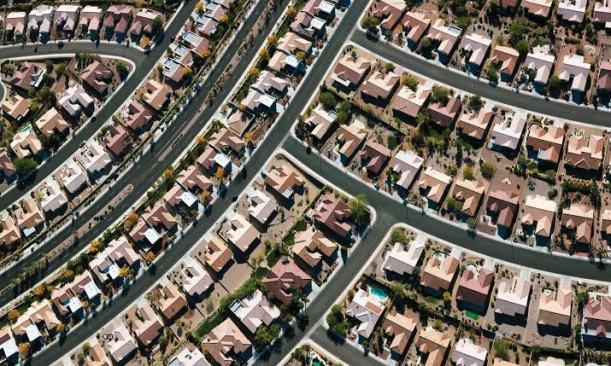