The cover blurb sums it up:

At fourteen, Turtle Alveston knows the use of every gun on her wall; that chaos is coming and only the strong will survive it; that her daddy loves her more than anything else in this world. And he’ll do whatever it takes to keep her with him.

She doesn’t know why […] the line between love and pain can be so hard to see; why making a friend may be the bravest and most terrifying thing she has ever done; and what her daddy will do when he finds out…

Turtle is aptly named: she is both a lizard-brained creature armored by her shell, and the mythical turtle who bears the world on its back. She is at different points passive and watchful, and “the future shotgun-toting, chainsaw-wielding queen of postapocalyptic America”.

Naming matters in this novel. There is a worldview debate between Turtle’s daddy and his father, Turtle’s grandpa: do we know a thing by first naming it, or, in order to know it, do we need to approach it with complete openness, study it, examine it, understand it, before we can name? Martin, Turtle’s father, is, in addition to being a “narcissistic sociopath”, an avid reader of philosophy. He tells Turtle she is the Platonic ideal of herself: his perfect imagined survivor. Daniel, Turtle’s grandpa, teaches her to observe and intuit and recognize the truth from her observation.

This isn’t an abstract debate. Martin warns Turtle against allowing other people’s interpretations to corrupt her understanding: he wants his version of the ‘truth’ to remain unchallenged. Challenging Martin’s ‘truth’ could be fatal. Challenging Martin in any way brings painful retribution.

When we meet Turtle, she is wholly Martin’s. She is silent, sad, almost non-verbal. At school, she fails vocabulary tests again and again. She cannot reach for the appropriate words. Her worldview, mirroring Martin’s, is of a hostile, menacing environment. She has no sense that people might care, or cooperate.

Turtle cannot find appropriate words, so inappropriate words speak for her. She is unable to speak of other girls or women without hissing misogynist violence. “Bitch.” “Whore.” “Cunt.” “Slit.” Turtle believes these words say everything there is to be said for femaleness, everything there is to be said about her. She believes her father, accepts everything he says. He calls her “kibble”: dog food.

Sometimes, Turtle has an urge to break free, to at least temporarily slip the leash, even knowing she’ll beaten after her day AWOL. On one of these free-range rambles, she encounters two boys, boys lost hiking, and protects them from the elements, maybe saves their lives. If Turtle is to have a life, this might be the moment she saves herself. This is the moment she chooses friendship.

Where will friendship lead?

We know from the outset chaos is coming. We know there must be a showdown. We don’t know who will live or who will die. We realize early on that Turtle needs someone outside herself to fight for; fighting on her own behalf will not be sufficient to survive her father.

Gabriel Tallent loves language and the boys Turtle meets are hyper-verbal. They’re very funny, and their linguistic joking provides much needed relief in an intense, extraordinarily poetic novel, filled with excess language thick like impasto paint technique, like the tidal wave and its debris-filled aftermath that is this narrative’s turning-point episode.

Turtle at times is a cartoon superhero(ine).

“I wouldn’t describe the ninja theory as definitive, but it’s a live possibility.”

“Anyway, she led us out of the valley of the shadow.”

“She can walk across water.”

We can know a thing by looking at it closely and describing it. Then we might name it. Say, “ninja”.

But would we stake our lives on naming truthfully? 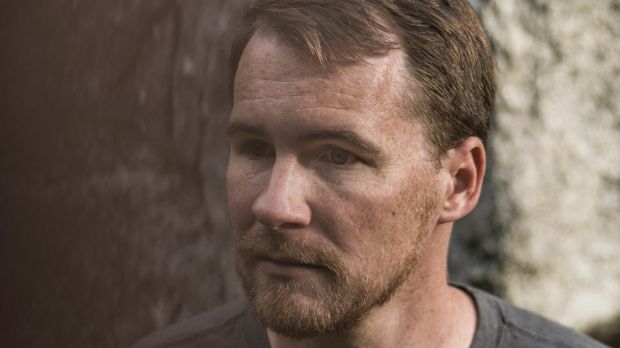