The Lenny novella was written mostly in mid-2012, with one chapter, Death, written late 2013, then the conclusion in early 2018, six years after its inception.

There’s a range of reasons I abandoned it for so long (other than that I was embarrassed by it).

These include concerns about:

So, some thoughts on those points.

The first 12,000 words were written essentially in one burst, immediately after I was sacked from a temp admin job, where, among other things, I’d failed to prepare coffee and tea for senior staff and clients to the corporate standard.

I was in that temp job after leaving my previous admin job due to injuring my back, an injury that completely incapacitated me for about five weeks and left me unable to move without pain for just over three months. I’d attempted a return to work, but the firm where I worked was unwilling to modify my tasks: three hours every morning continued to be rote mechanical movement with a twist from the waist (don’t ask).

It’s fair to say I felt evil towards the corporate workplace.

It’s fair to say I had a track record as a misfit in conventional workplaces. I despaired of finding employment again. In fact, I haven’t worked fulltime since then.

But Lenny’s hysteria has other origins.

I’d experienced occasional panic attacks over the previous five or so years, and one way back when I was 18 or 19. At that time I worked in the Australian rock music industry, and being backstage was a way of life. On this occasion something had happened earlier in the night that distressed me hugely; when I went to leave, I could not find the exit. I could not see a door, or figure out the direction to get outside. I was standing on a stage with road crew loading up all around me, panicking. I grabbed a friend I trusted – and screamed “Jim! I cannot find my way out!” He looked at me oddly, half turned, pointed, and said “There”.

There was a missing wall with a truck parked halfway through it. There was a roller door fully opened. There was the night sky. Black and stars.

I didn’t identify that as a panic attack as I’d never heard that term. But if someone had used the words “Panic attack” that night, I would have recognised myself immediately.

Lenny is, in effect, one long panic attack. That might make it hard to read. Or unreadable.

The Lenny novella is set in a world that shares recognisable elements with ours but is not ours. In among the fantasy elements, I have lifted imagery from many cultures, notably Japan and Silk Road cultures: China, Persia, Moghul India. I have lifted elements from the myths of many cultures. It might be worth mentioning the post-graduate thesis I attempted was on Transformation and Shapeshifting in Early Medieval Celtic Literature.

I didn’t lift images and narrative elements to disrespect these cultures. But I do understand many readers are uncomfortable with privileged white people using the symbologies of other cultures in cavalier ways.

At the time I began Lenny I was frankly unaware of that debate. I chose to create a cultural hybrid fantasy world partly for the beauty of those varied elements and partly to distinguish this world from the reality (realities) we live in. If I thought about it, I thought of it as a postmodern pastiche.

I needed to distinguish Lenny’s world from ours because this is not a factual tale. At the same time, I needed to retain ties to the world as we know it to ensure the themes – genocide, child soldiers, institutional abuse, collaboration and collusion – recognisably relate to this world. I plucked names ad hoc from different languages and cultures, mostly European, to draw attention to parallels between the events in this story and events during the Bosnian War and in World War II.

I pilfered parts of other people’s stories. A big slab of Lenny’s opening address is straight from the experiences of a Bosnian Muslim combat veteran who I met in 2002 when he was a refugee. Thank you, Sakib Mustafic. The woman who steps from a helicopter at the conclusion is an homage to my friends Tara Young, an Australian Iraq War combat veteran, and Dr Barb Wigley, who manages refugee camps in sub-Saharan Africa.

The figure of the Investigator is a tribute to my friend Robyn Dixon, a foreign correspondent since 1993.

The dragons come from the west. Not “the West”. There is no political partisanship intended there.

The way I had set up this narrative there is no escape for these children. I grew more and more depressed, realising any device I used to extract them would be wishful thinking. These children were doomed. Then this morning, I was listening to talkback radio, listening to a woman my age (57) say there was no prospect of employment for her after years of disability. A short while back, a very short while back, I would have echoed her belief. But my instinctive response was, “No! I have two jobs – casual jobs, it’s true, but jobs I love, and I love the life those jobs make possible!”

I might be the lucky exception, but luck does exist: exceptions do exist. The unlikely, the providential, can happen.

I thought, if I am an exception, why should I not allow my characters a Deus Ex Machina? A God from above?

So I sent them helicopters. I rescued them.

Also, as Lenny discusses at the end, these are children. What are adults for, if not to protect children? I, as author, can do that. I am the adult here.

So, I let them live.

Lenny says she can’t speak to the rightness or wrongness of those helicopters being there. I can’t either, and I don’t. This tale is not a justification for wars of foreign intervention.

Quite apart from my pique at being sacked as an admin temp, this story was prompted by issues raised by the International Criminal Court (ICC) in the Hague, the court of last resort for crimes of genocide, and by the Court of Human Rights. It might seem to allude to Al Qaeda, the Taliban, Syria, even institutional child sex abuse as in the Roman Catholic Church internationally. It is not “about” any one of those phenomena specifically. It is “about” social prejudice, exclusion, discrimination and persecution as social and political phenomena.

Plagiarism and due credit

As soon as I wrote that ending, I recognised my borrowings from John Wyndham’s classic The Chrysalids. I loved The Chrysalids as a child. Two years back I repurchased a copy, which sits on my bookshelves, unread. I hadn’t realised how much Lenny’s narrative owes to The Chrysalids till today.

Call it postmodern. Call it homage. 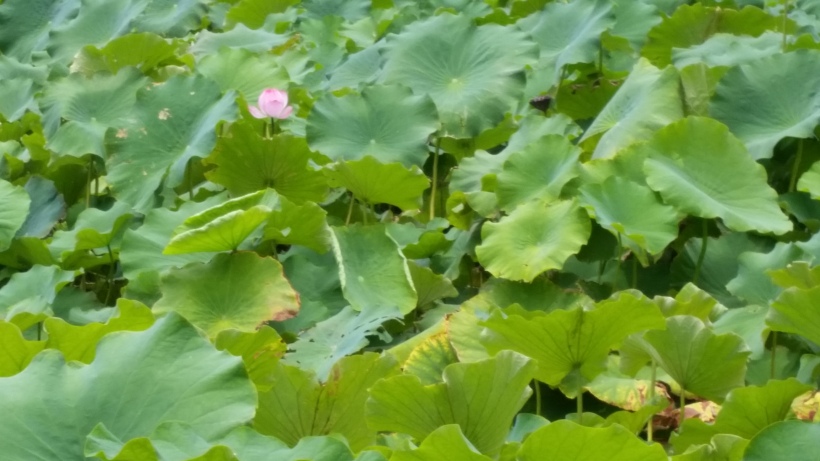 By the way – the photographs in the Lenny novella blog post, almost all, are mine. Other images I’ve lifted can be identified by doing a reverse images search. When I get a moment, I will do a list of credits and update the post.